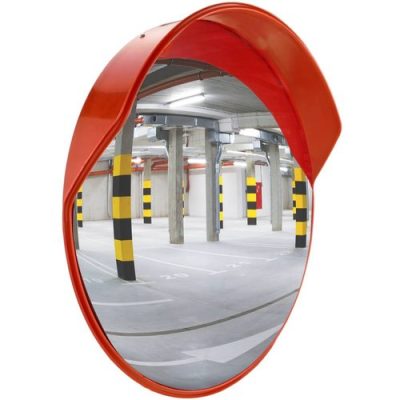 Another road safety equipment includes traffic mirrors. These traffic mirrors are important for high visibility in tough weather conditions and on sharp edges and bends of the roads.

A convex- mirror is also known as a curved mirror. The edges of the convex -mirror are curved from the outer side. Whatever comes in the convex mirror, the convex mirror expands the whole image. In this way, the views become clear, and visibility increases. Hence, the drivers can drive safely.more

Convex-mirrors can be placed on the home driveway exists, the commercial and industrial sites, the bends which are sharp on the road, dangerous curves, and crowded parking.contact us

Other than these places, you can install the convex- mirror wherever you want to increase safety. Installing the convex mirror decrease the risk of accidents and saves vehicles and people’s lives.

Then the spherical mirrors are again divided into further classifications, the convex mirror and the concave mirror. These classifications are made on the basis of the formation of the mirrors.
The surface of the convex mirror which reflects the light bulges outside whereas the surface of the concave mirror which reflects the light bulges inwards. Since the formation of these two mirrors is different so the image formed in both is also different. Convex mirror forms diminished images and concave mirror forms enlarged image.

The surface of the convex mirror which reflects the light bulges outside. These mirrors are diverging. The reflecting ray reflects at a point but move in different directions. Consequently, the rays of light do not bisect the side of object and forms a virtual image of the real object. It forms an erect and diminished images.

The surface of the concave mirror which reflects the light bulges inwards. These are the converging mirrors. The incident ray falls on the surface of the mirror, reflects and meets at the focal point. It forma an enlarged and virtual image of the nearer object, but when the object is farther it forms a real image with reduced side.

Difference Between a convex mirror and a concave mirror:

Covex mirror creates a virtual image, the image is no not forecasted on the screen, it’s center of curvature is present behind the mirror, and they are able to produce the view of greater area.
On the other hand concave mirror is a converging mirror, it’s center of curvature is present in the front, it produces a real or virtual image and are forecasted on the screen and they show the enlarged image of the objects.