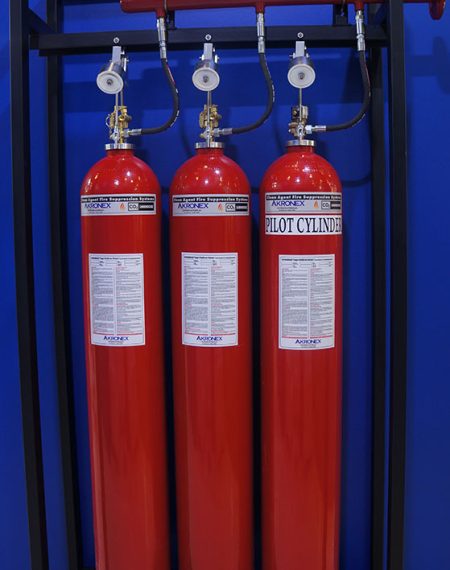 Carbon dioxide is a colourless, scentless and non-conductive gas that can effect quickly and efficiently into the protected area. Its density is about 50% higher than. the air density. During extinguishing, it is seen like a white mist. It does not make residue on the materials or affect adversely the materials. Reduces the concentration of oxygen causes suppression to fire in the space and creating a cooling effect caused by the rapid expansion of the gas. Even if the CO2 concentration is low in concentration, it should not be ignored and considered to be a danger to breathing. Also, the visibility during discharge is greatly reduced due to the formation of CO2 mist. This fire suppression can be applied in areas such as transformer rooms where people are not always present when appropriate safety measures are provided. After completing the suppression system, the area must be adequately ventilated. Because the density of carbon dioxide gas is heavier than air, it accumulates at low.